UCLA and The Ashe Center are closely monitoring news of Monkeypox (MPV) in the Los Angeles region, across the state and throughout the world. The World Health Organization recently declared monkeypox a public health emergency of international concern, while Governor Gavin Newsom and Los Angeles County have declared a state of emergency to increase access to public health resources. In addition, a federal announcement followed declaring MPV a public health emergency. The health and safety of our community is our top priority and we urge all Bruins to stay informed and remain vigilant in protecting themselves and others from this virus.

We will keep this page updated as more resources and information become available – particularly regarding testing and vaccine access. Appointments to discuss concerns regarding MPV are available now at The Ashe Center, and testing is available when appropriate.

What is Monkeypox (MPV)?

Monkeypox (MPV) is a rare disease that is caused by infection with the monkeypox virus. Monkeypox virus belongs to the Orthopoxvirus genus which includes Variola (smallpox) and other pox viruses generally limited to animals. First identified in humans in 1970, monkeypox has similarities to the smallpox virus, but is less transmissible and usually far less severe than smallpox. Deaths during the current outbreak are estimated to be very low.

MPV is currently of public health concern because while sporadic cases have popped up in the past, associated with residence or travel in endemic areas, its emergence in non-endemic areas and transmission human-human is new.

There is a recent significant increase in reported cases where monkeypox is not commonly seen, including in Europe, Canada, the United States, and California. While it's important to stay alert about any emerging public health outbreaks, the current risk of getting monkeypox in the general public is very low.

What are the symptoms of MPV?

Symptoms of MPV can appear anywhere from 5-21 days after exposure. Symptoms of MPV typically include fever, headache, muscle aches, back pain, exhaustion, swollen lymph nodes and a skin rash or lesions which usually develop 1-3 days after the appearance of fever. The lesions can present anywhere on the body including the face, hands, feet, mouth and genitalia. The sores will go through several stages, including scabs, before healing. They can look like pimples or blisters and may be painful and itchy. The associate rash/lesion can be confused with other diseases such as syphilis, herpes, chancroid, chicken pox, and shingles. Over the course of two weeks, the rash scabs over and resolves but can leave scars.

People with MPV may experience all or only a few of these symptoms. Most with MPV will develop rash or sores. Some people have reported developing a rash or sores before (or without) the flu-like symptoms. MPV can spread from the time symptoms start until all sores have healed and a fresh layer of skin has formed. This can take several weeks.

What should you do if you believe you’ve contracted MPV?

If you develop a rash accompanied by fever, you should contact your health care provider and isolate yourself. Isolation is recommended if you have symptoms or a known exposure. If your health care provider suspects monkeypox, a sample of the rash or lesion will be gathered and tested by PCR. If monkeypox is confirmed, continue to isolate until the lesion scabs have fallen off and a healthy layer of skin has formed. 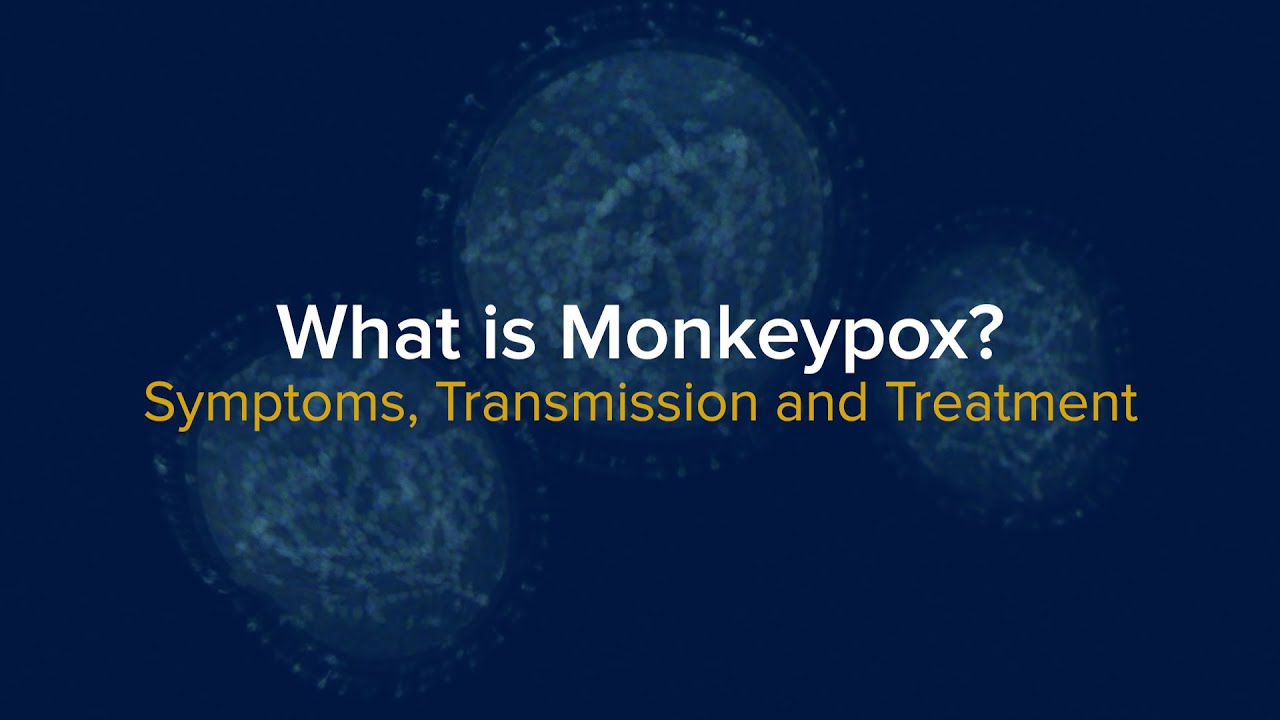 What is Monkeypox (MPV) and how does it spread? Dr. Dean Blumberg, chief of pediatric infectious diseases at UC Davis Children's Hospital in Sacramento, explains what you should know about the rare virus, including how it is treated, what the symptoms can be and why transmission is different than with COVID-19. 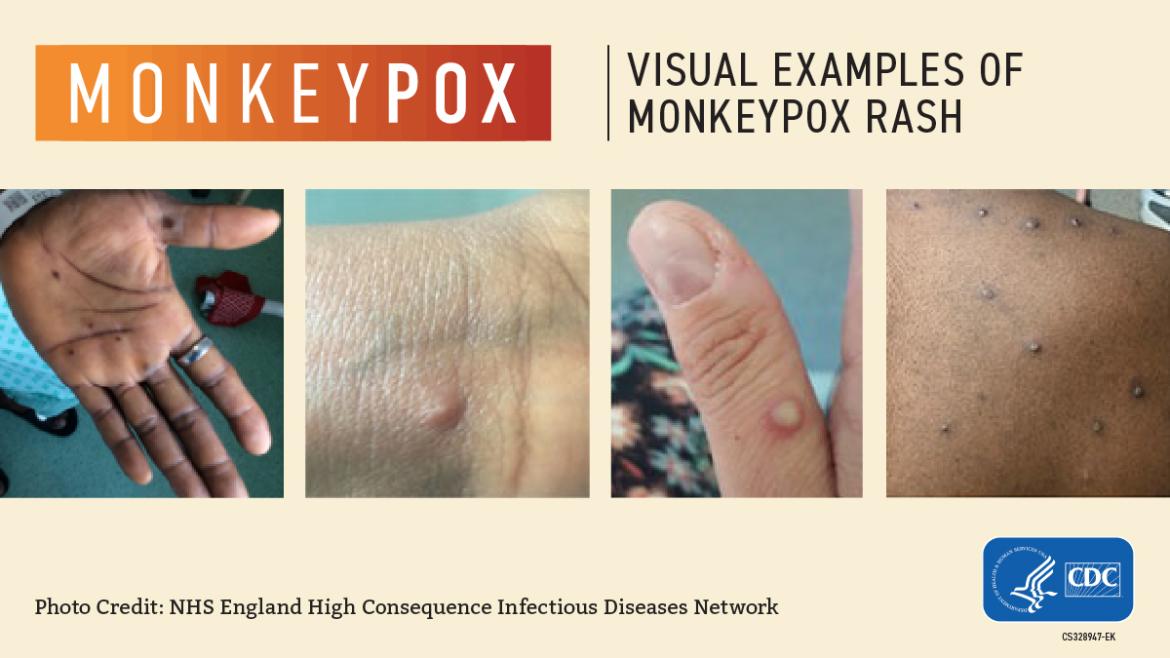 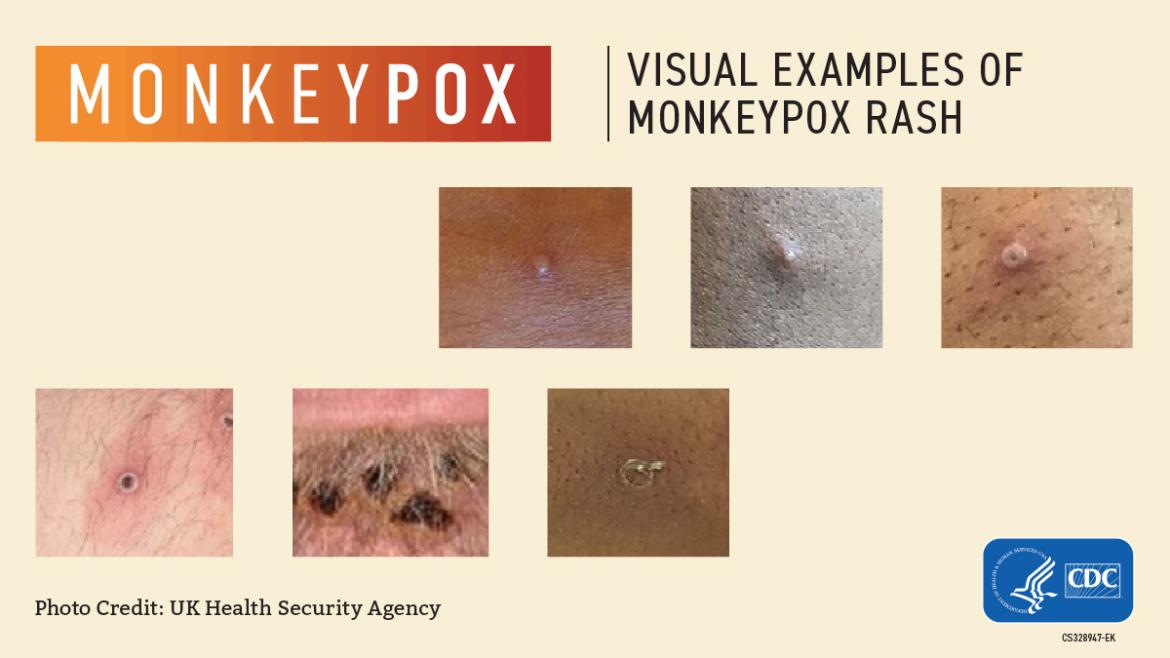 How is MPV transmitted?

Monkeypox (MPV) spreads primarily through direct contact with infectious sores, scabs, or body fluids, including during sex, as well as activities like kissing, hugging, massaging, and cuddling. Monkeypox can spread through touching materials used by a person with monkeypox that hasn’t been cleaned, such as clothing and bedding. It can also spread by respiratory secretions during prolonged, close, face-to-face contact. The incubation period is usually from 6 to 13 days but can range from 5 to 21 days. Close physical contact with infected persons is the most significant risk factor for contracting the infection.

Individuals with monkeypox are infectious while they have symptoms. Steps for self-protection and prevention include avoiding skin to skin contact or prolonged face to face contact with anyone who has symptoms, avoiding contact with contaminated materials such as clothing or bedding, and keeping hands clean with water and soap or alcohol-based hand rub. Being in crowded conditions such as concerts, raves, and other public events might be especially risky during an outbreak of monkeypox.

MPV is NOT spread through:

There are number of ways to prevent the spread of monkeypox, including:

This informational video is produced by KFF (Kaiser Family Foundation). For more information, visit https://www.greaterthan.org/monkeypox/ (available in English and Spanish).

More information about MPV and pets:

No, there is no evidence that monkeypox is sexually transmitted.

However, the act of sex itself is a common form of direct contact involving skin-to-skin contact. In addition, transmission can also occur through saliva and respiratory droplets – both opportunities that can arise during sex. Anyone who has close physical contact with an infected individual could be at risk for infection. If symptoms arise and you suspect it may be monkeypox, please contact your health care provider. 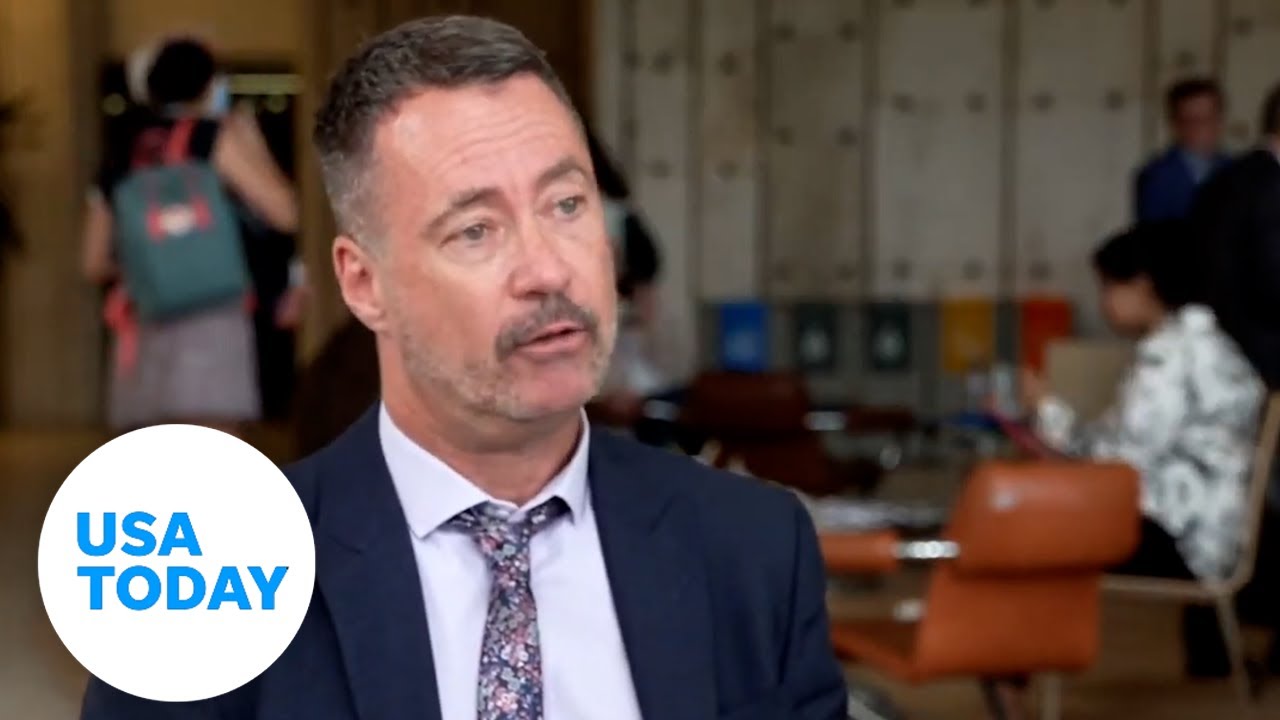 'This is not a gay disease': WHO expert weighs in on monkeypox stigma | USA TODAY

LADPH: Anyone Can Get Monkeypox

Are men who have sex with men (MSM) at higher risk for contracting the MPV virus?

No. If exposed, anyone can get monkeypox. Monkeypox is spread through:

Although the recent outbreaks in Europe and North America have occurred among gay and bisexual men, this is likely a result of coincidental contact with infected people at one or more recent crowded LGBTQ-focused events resulting in a cluster of cases within the community. 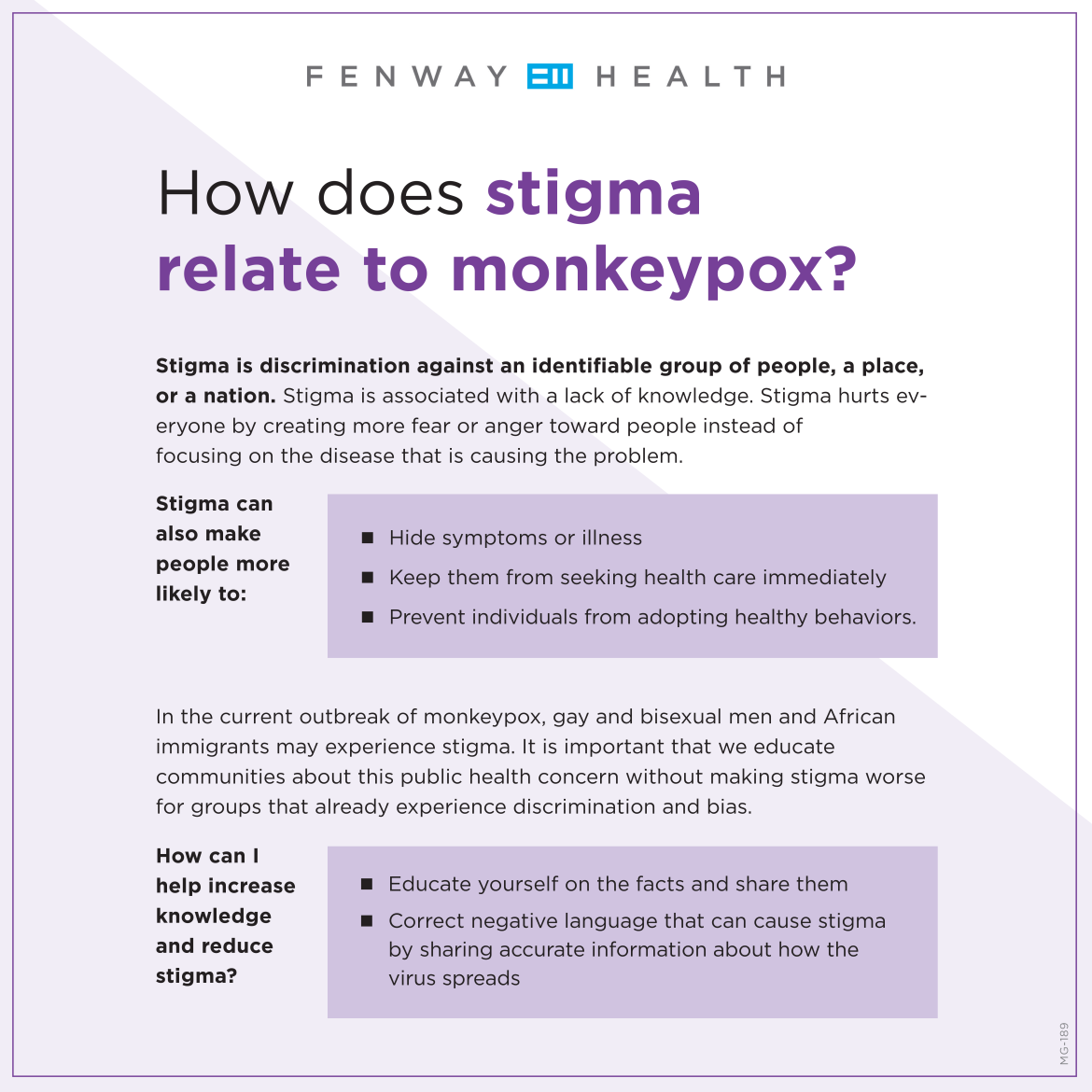 Good public health discourages singling out men who have sex with men (MSM) as this may cause providers to miss monkeypox in other communities, especially where other large, crowded events occur.

Luskin: What Gay/ Bisexual Men Need to Know About Monkeypox

How is UCLA preparing?

Ashe Center providers and staff have been trained in identifying monkeypox, and our laboratory is prepared to collect and send samples for testing. We are currently working to acquire vaccines on campus for students.

We understand that news of a new infectious disease on top of the last few years of the COVID-19 pandemic can be concerning and result in feelings of anxiety and uncertainty. CAPS is committed to supporting your health, healing, and hope, especially during this challenging time.

​​​​​When The Ashe Center is unavailable: 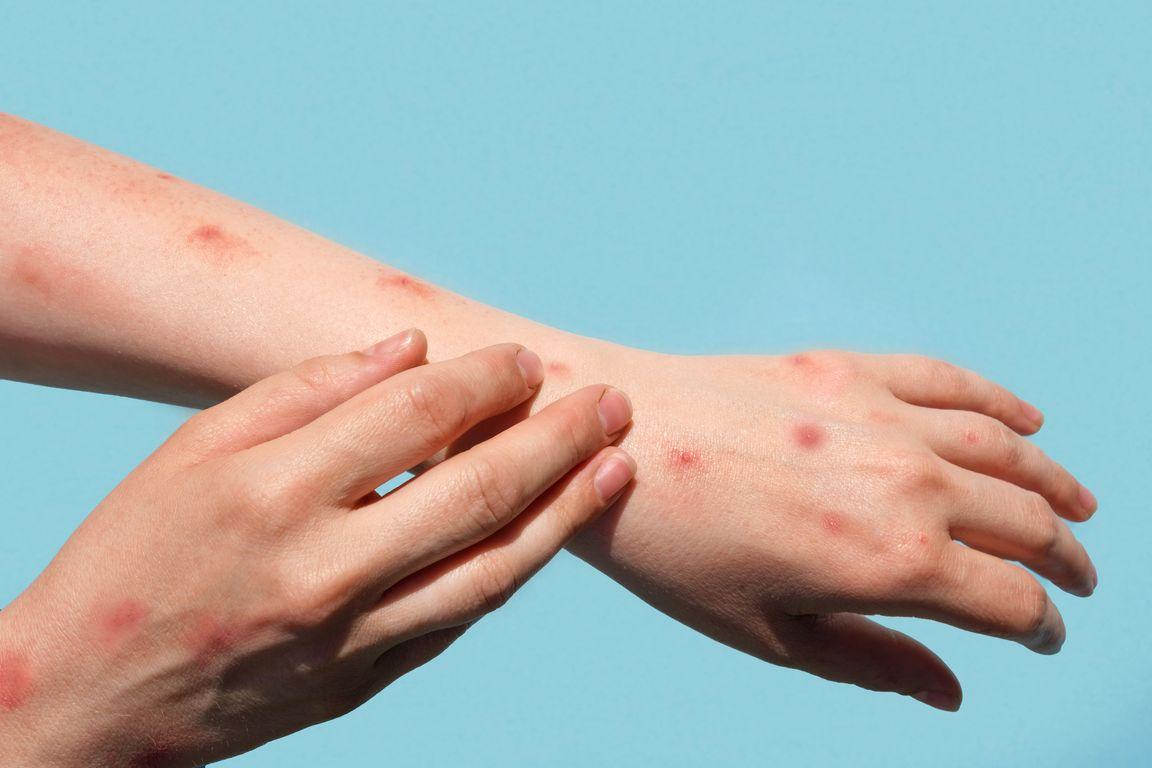 UCLA infectious disease doctors say most people who get infected do not require hospitalization and the chance of contracting it remains ‘very low.’

JYNNEOS vaccine is administered in two injections in the upper arm at least four weeks apart. Most people who get the JYNNEOS vaccine have only minor reactions, like pain, redness, swelling and itching at the injection site, and less commonly, muscle pain, headache, fatigue (tiredness), nausea, chills and mild fever, and swollen glands. Currently, CDPH recommends that first doses be prioritized in order to reach as many people as possible. Second doses should be prioritized for people who are immunocompromised. Second doses can be offered to others as more doses of JYNNEOS become available.

MPV vaccine is available to gay or bisexual men and transgender persons 18 years of age and older who:

How do I get vaccinated?

Monkeypox (MPV) vaccine is now available at The Ashe Center by appointment.

Stay in the know